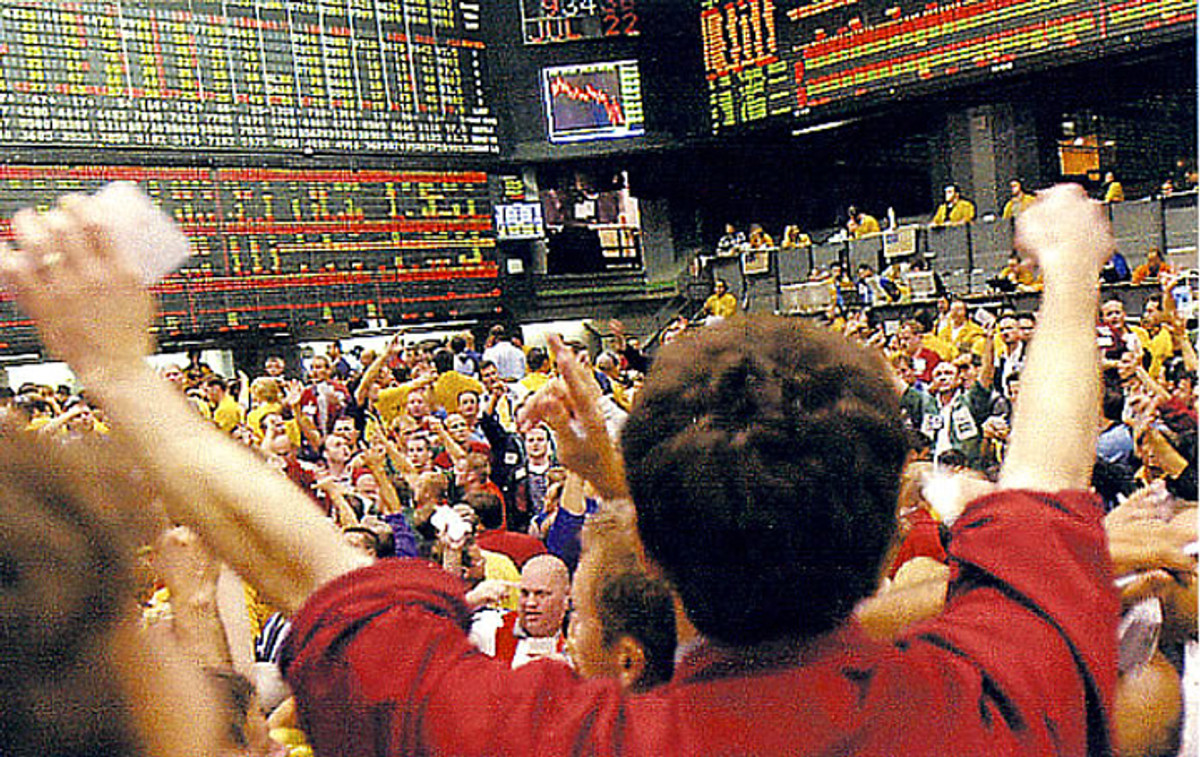 I was young when I attended catering college in France. I must say, when I was there I had no clue how cool it was. I didn’t realize what a two star Michelin restaurant was even though I was working in one for my Easter holidays during that school year. I was working at Pierre Gagnaires’s place in a well know French ski resort for the Christmas break. That restaurant was my first taste of gastronomic cuisine.

After I left France I got a job on the trading floor in London thanks to my fluent french. I was working as a currency broker during the bull market of the 90’s. Leverage was in and to all intents and purposes I was Jerry McGuire with an expense account. Being a currency options broker was almost like having baseball star status. I went to the best kitchens all over the world—Lucas Carton, Taillevent, Jacques Pic, Robuchon, Guy Savoie—you name it, we did it. It was surreal. It seems unjust to write it so fast, like it never meant anything.

Guess what, I never appreciated it. I didn’t because I was working. The clients were extremely demanding and there was even a rule of never letting a client get hold of the wine list… or else it could nearly cost you your job. How could one enjoy an evening out when they were trembling with fear that the client would demand the wine list? Why you may ask? Well, many of the traders in the currency markets were paying big bucks in brokerage bills, therefore when invited to a three star Michelin restaurant, they felt it was their god given right to abuse the broker by buying the finest wines known to man! Very few of us get a jolly such as this on someone else’s dime. DRC and Margaux, to name a few, were wines that I became accustomed to. My cousin, who was a trader in New York, tells a story of absolute hedonism. While out and about with some brokers, she recounts how the brokers were slamming Chateau Yquem shots. We laughed together at the absurdity of it all. ‘The Wolf of Wall Street’ was deja vu. So you see one could never relax. It was intense and also it was a chance for the bigger brokers who were incredibly greedy to show off. I let it all pass me by without really indulging in the whole experience, which is pretty sad.

Later, I met my wife in Japan, where we were both working at the time. I decided to take her to France on a vacation when we returned to Europe together. We went to the Loire Valley to see the chateaux that belonged to the French royalty between the 14th & 18th centuries. There is Chenenceau, Villandry, Blois, Chambord, etc.—amazing. I thought it would be a great idea to dine at a one star Michelin restaurant, as she had never been to the region, nor witnessed this type of dining culture. Now, I said I didn’t really appreciate the previous experiences, that didn’t mean I wasn’t going to get into it this time round. I was bound and determined to enjoy this dinner as It was a moment of redemption. I found a one star Michelin restaurant/hotel not far from Anjou. Hyperbole will do it no justice other than to say that it was exquisite. I could tell by the look on Jessica’s face that she was having the finest culinary moment of her life. The food and wine pairing was a wonder that we both will never forget. There is something about being around a kitchen and seeing top class chefs at work that stimulates my brain to the nth degree. Good chefs are artists.

I wanted to develop an experience for my clients so they can live the same experiences I have had, and thus Charlemagne was born. Fine wine and gastronomic food are the two greatest pleasures one can have in a lifetime. My mother once told me that when you die, you will be dead for a very long time, therefore it behooves me to make sure that I can persuade as many people as possible to come down this enchanted pathway at least once in their lives.