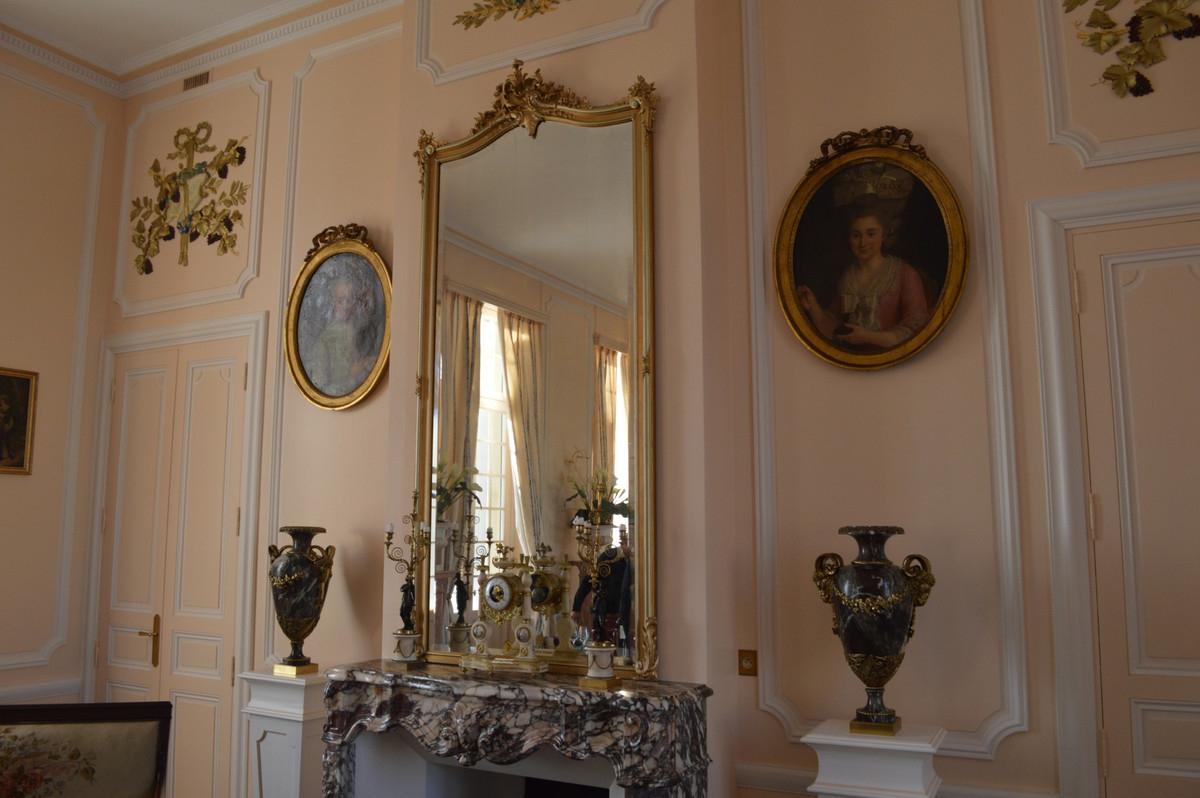 Bordeaux is like no other in the wine market. Every year around the last days of March and first few days of April, the wine press and buyers emerge excited to taste the new vintage. The custom has been to buy the wines en primeur (straight out of the barrel) for over three hundred years now. The wines are then delivered to buyers roughly three years after payment.

The 64 million dollar question is how does the buyer know what he’s getting? That’s where tasters like Robert Parker come in. Parker has become a household name. There are others too such as Jancis Robinson and James Suckling. These tasters hold strong opinions, and it’s very true in the wine business that the pen is mightier than the sword. As a producer, if you’ve been given a medium score, it can result in huge financial losses. The grading system is a very serious game and acts like a double-edged sword. The high-end producers of the Medoc and the Right Bank that have secured financial backing from blue chip corporates are naturally in it for the money. It must be understood that any wine of importance will undergo scrutiny before purchase by way of these scores and tasting reviews. The producers need exposure and are prepared to gamble every year by inviting the wine press to give their opinions on their wines. Chateau Pontet-Canet of Pauillac has scored very highly over the last few years, the 2009 and 2010 both scored 100 on the Robert Parker scale. The 2009 is on average $300/bottle, that’s market forces driving the price; on release it was considerably cheaper from the negotiant to the importer.

I’m interested in the wholesale price when issued and the mechanism of setting that price. This year Pontet-Canet decided to issue the wine at last year’s price before most of the wine press had the chance to taste it. That caused a bit of a stir among the press and potential buyers. Pontet-Canet like other Bordeaux wine makers had a harsh growing season in 2013 and production is down by as much as 40%. At Chateau Ausone in St Emillion the production was off by as much as 45-50%. That’s a lot of dollars to lose in potential sales. Word round the campfire has it that this is a difficult year in Bordeaux and that the wines are not all that.

There seems to be a sense of desperation on the producers’ side in trying to maintain the prices that were achieved over the last few years. The super Grand Crus have been courted by the Chinese and other emerging markets since the 2000s. They have spent incredible amounts of money on Grand Cru wines, perhaps leading the growers of the Medoc and St. Emillion into a false sense of security in that the money was always going to be there. The more traditional buyers such as the Americans decided to sit out the last few hands and before coming back to the poker table they are looking for lower prices and a different attitude towards their custom. I myself tasted the wines, some were excellent and some rather ordinary bearing in mind that these wines are exceptionally difficult to taste and some would argue that the whole process is a farce. Production is down due to very inclement weather making ripening difficult, especially the Cabernet Sauvignon which is dominant on the Left Bank. Some of the right bank producers usually have a small percentage of Cabernet in their blends, but this year that small percentage is even smaller and that can affect the typicity, hence pricing. Unless you have been hiding under a rock somewhere, you will be aware that global financial habits and markets have changed since 2008. The western world took a financial hammering. Ironically the turmoil seems to have bypassed some of the Grand Cru producers in Bordeaux but perhaps moreover their parent companies. Basle-Three and Dodd-Frank are legislative measures put in place since the crash on both sides of the Atlantic with a goal of curtailing irresponsible speculation by financial institutions with their client’s money. While the western world was undergoing a magnitude 9.0 financial earthquake not seen since 1929, the Grand Crus were in high demand in Beijing and Hong Kong. Meanwhile back in DC President Obama cut no corners when reprimanding the head honchos of GM and Chrysler who took private jets to meetings regarding their imminent demise and consequent bail-outs. In short, the disposable cash that was available to buy wines such as Cheval Blanc and Margaux had dried up. Not long before the crash massive investment was pumped into many of the iconic estates on both banks of the Gironde, consequently when wine journalists slam the wines the makers get pretty hot under the collar as I’d bet the negative reports have an effect on their balance of payments. A lot of the money had to be financed, if you tell me it was all cash, I’ll do naked cart wheels down Madison Avenue. Trust me; you don’t want to see that. A Deeper Look At The French Wine Market

Pontet Canet is a Medoc fifth Cru classed wine originally known just as Canet. Dramatic changes have taken place at the estate over the last few years. The use of horses in the vines and a complete shift to bio-dynamic farming has been embraced, an expensive endeavor. This shift must be recognized and applauded. The worlds most informed scientists have stressed that our environment is changing and not for the better. To that end we must applaud Mr. Tesseron for having the courage to fight the fear of losing everything in order to make our world a better place. Forgoing the use of pesticides and other chemical agents is very daring and could easily result in ruin. A skilled hand is required to carry out artesian chores in the day to day running of the modern Grand Cru estate, and that is not easy to find. Let’s not forget in France there are hefty taxes involved when employing workers, and even more severe penalties when laying them off. A sense of irrationality shadows French industry and it would appear the social chapter is something that the average guy in France feels is his right, even if he only works thirty-five hours a week. Check out the recent drama at the Goodyear plant in Amiens. The sans culottes mentality is alive and well, jealousy is entrenched deep within its society spearheaded by none other than the French premier himself, recently auctioning off the Elysee’s holdings of Grand Crus in order to fund the cellar with cheaper wines in times of austerity. In short, production costs are high and the producers don’t need their head of state giving their wines bad press. In fact, right now they could really do with a strong ‘we need people to love us again’ public relations campaign. The risks in buying en primeur are similar to buying stock on an IPO (initial public offering), you get promised the world through advertising; your heart tells you to buy, the stock IPOs then it plummets—culminating in a loss. As Gekko said in Oliver Stone’s portrayal of Wall Street, “Nothing upsets me more than losses.” So where is the fair price compared to recent years for this year’s wines? Do the Grand Cru wines need to come down in price? And is it plausible that some members of the Grand Cru community in Bordeaux haven’t yet realized that the traditional market crashed in 2008? Or is the cost of carry at these monolithic ‘too big to fail’ vineyards? After even deeper inspection, are their parent companies too great and now it’s an absolute necessity to sell at a price where funding can be provided to pay off the loans? Are those few prepared to do whatever it takes to sell the wine to whomever, ignoring their bread and butter?

Funnily enough, rumor has it that the Chinese banking system, or rather the shadow banking system may be in a precarious situation and it may also be true that the PRC authorities (Peoples Republic of China) have just fired a warning shot to potential borrowers by its recent abstention in the default of a solar panel manufacturing company. I’m extrapolating, but it feels like the PRC is telling the irrational financial community enough is enough. The shadow banking system is China’s unofficial answer to borrowing and investing money. This market is a grey area and remains unregulated, cracks are starting to appear in the form of corporate bond defaults which for the most part have been rescued by the peoples bank, up until now that is. If these rumors are true, it will be interesting to see the price action in the Grand Crus of Bordeaux reacting to a potential slowdown in the East. If I remember correctly, this was exactly how the credit crisis started on Wall St. in the early spring of 2008.

Most of the wine that comes out of Bordeaux is very moderately priced and excellent value for money. Most of the producers make wine without the help of blue-chip finance behind them. Irresponsible marketing campaigns by some of the Grand Crus especially in China have presented the wines as a social accessory in the same genre as a Porsche sportscar. Bordeaux may have risen to unprecedented highs in the orient, but it has to my chagrin taken a good whooping, not in price but in image in places like L.A. and New York. Some of the iconic Grand Crus fail to accept that they’re not just representing their estate; they are representing Bordeaux and France, and the love of the claret colored juice. If you enter into the sphere of the luxury goods sector quite deliberately you have to assume responsibility. When asked with due concern about the recent pricing of your wines, it would be nice to answer with respect those who have supported you since the very beginning, n’est pas messieurs? All Bordeaux bottles look the same whether it’s a bottle of Chateaux Margaux or a Bottle of Chateau Bonne Merde, it’s all taken as Bordeaux. The apparent aloof nature of the Grand Crus seems to have rubbed off on to the smaller producer who is just about making ends meet. Young American wine drinkers perceive Bordeaux to be unapproachable, is it not time for some damage control?

This subject matter is of deep importance. Bordeaux is a unique wine. The terroir cannot be replicated and the wines are simply amazing. The prices are high, that can change and more than likely will as all bubbles eventually burst. Some are shunning Bordeaux and saying its old hat as a result of the high prices, let’s just be honest, don’t slam the wines, slam the prices. I have faith and confidence in the market, let’s see how it reacts, I think for some in Bordeaux the prospect of coming down looms.