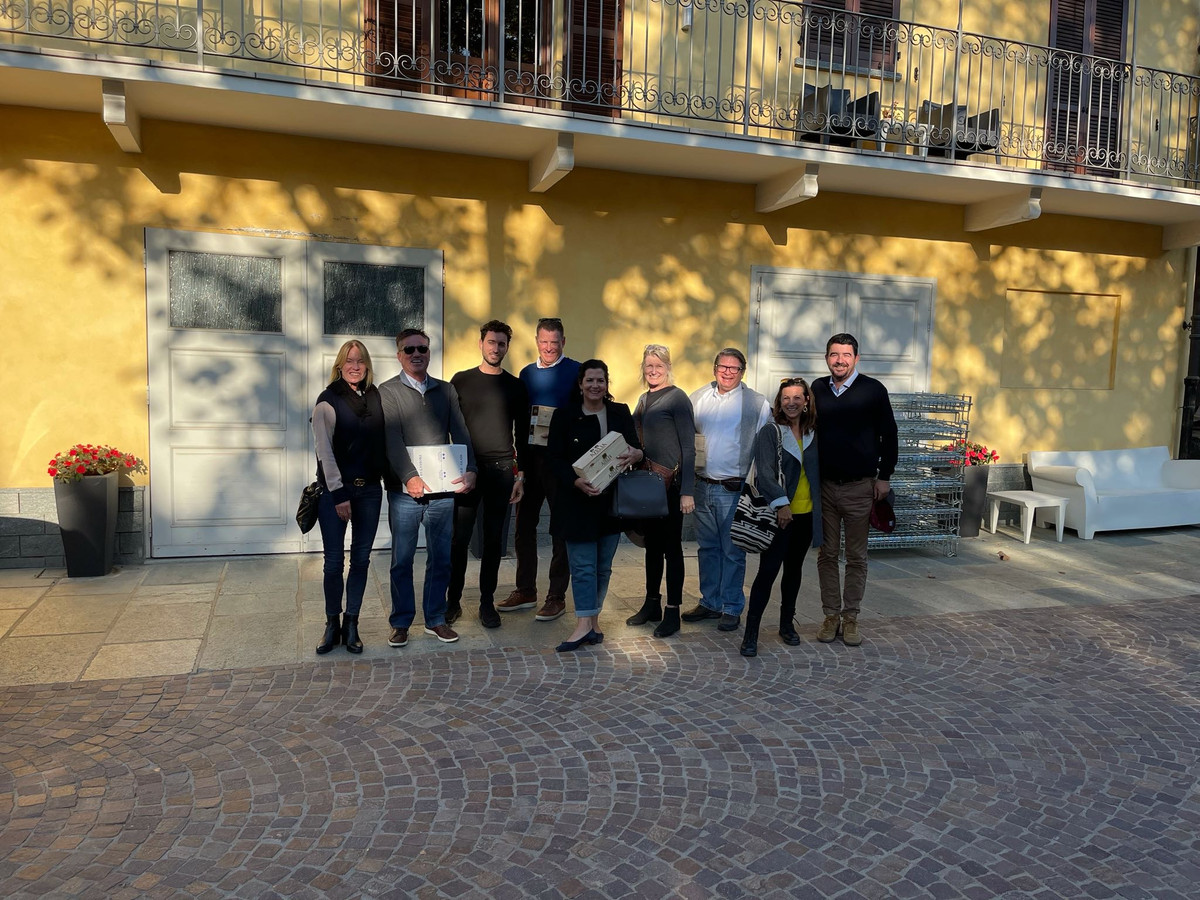 Driving over the hill is what locals say when they leave Pasadena heading west toward Glendale. As was my habit to listen to the BBC world service I tuned in. I was headed for family therapy with my now ex wife. We were attending family therapy in Glendale. It was a 4:30pm appointment and I was listening to the 4pm news bulletin. It was like a movie, I turned up the volume as there was an interview with an African engineer being interviewed by Mary Louise Kelly of NPR. The poor guy being interviewed was talking about being confined to his hotel room for the previous five weeks. He had not seen any family and was going stir crazy. As he explained his ordeal, this horror started to engulf my mind. They were talking about a strange new SARS like virus that had shut down the city of Wuhan (a provincial Chinese town and industrial hub) for the past few months, and we, the industrialized world, were still very much ignorant of this gigantic problem. 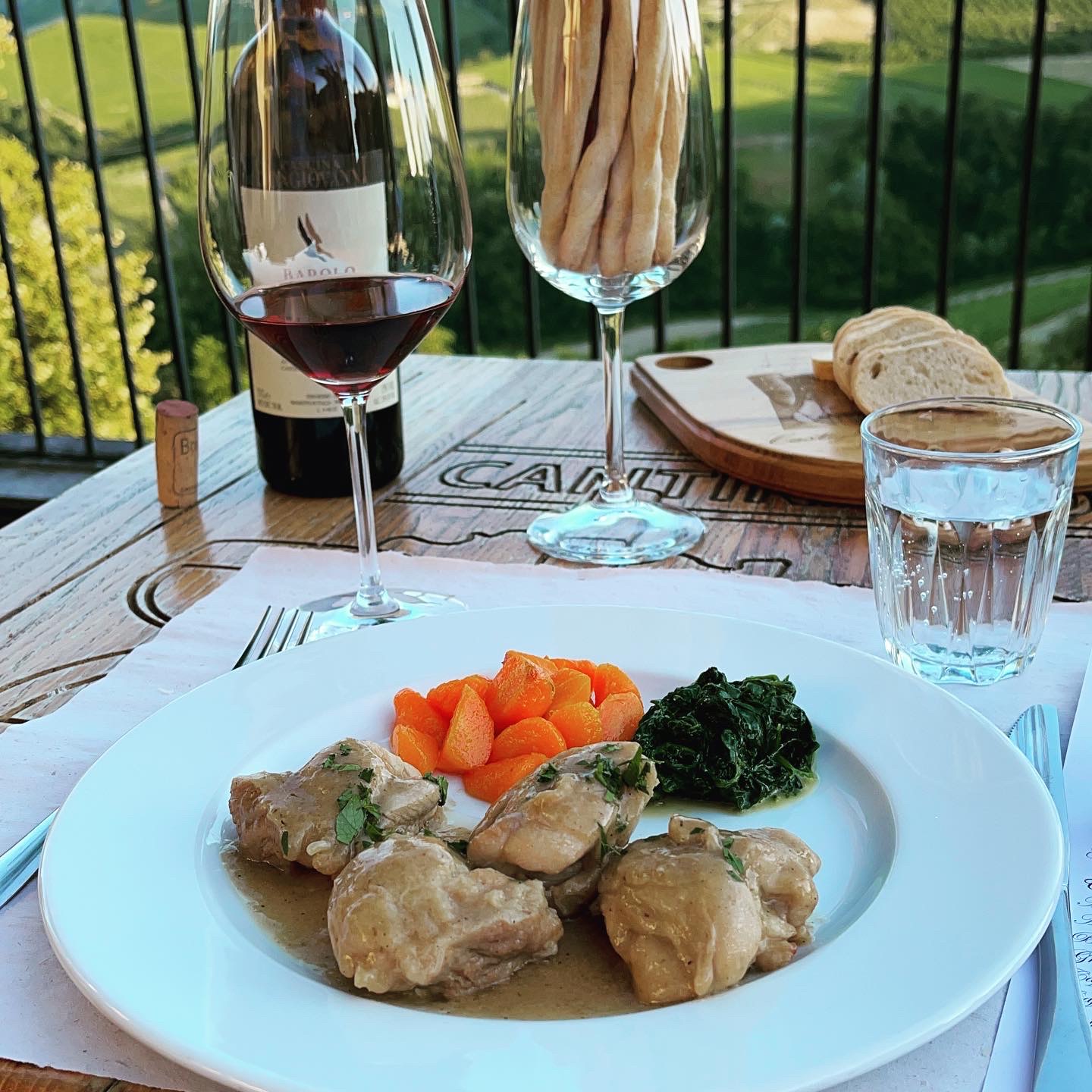 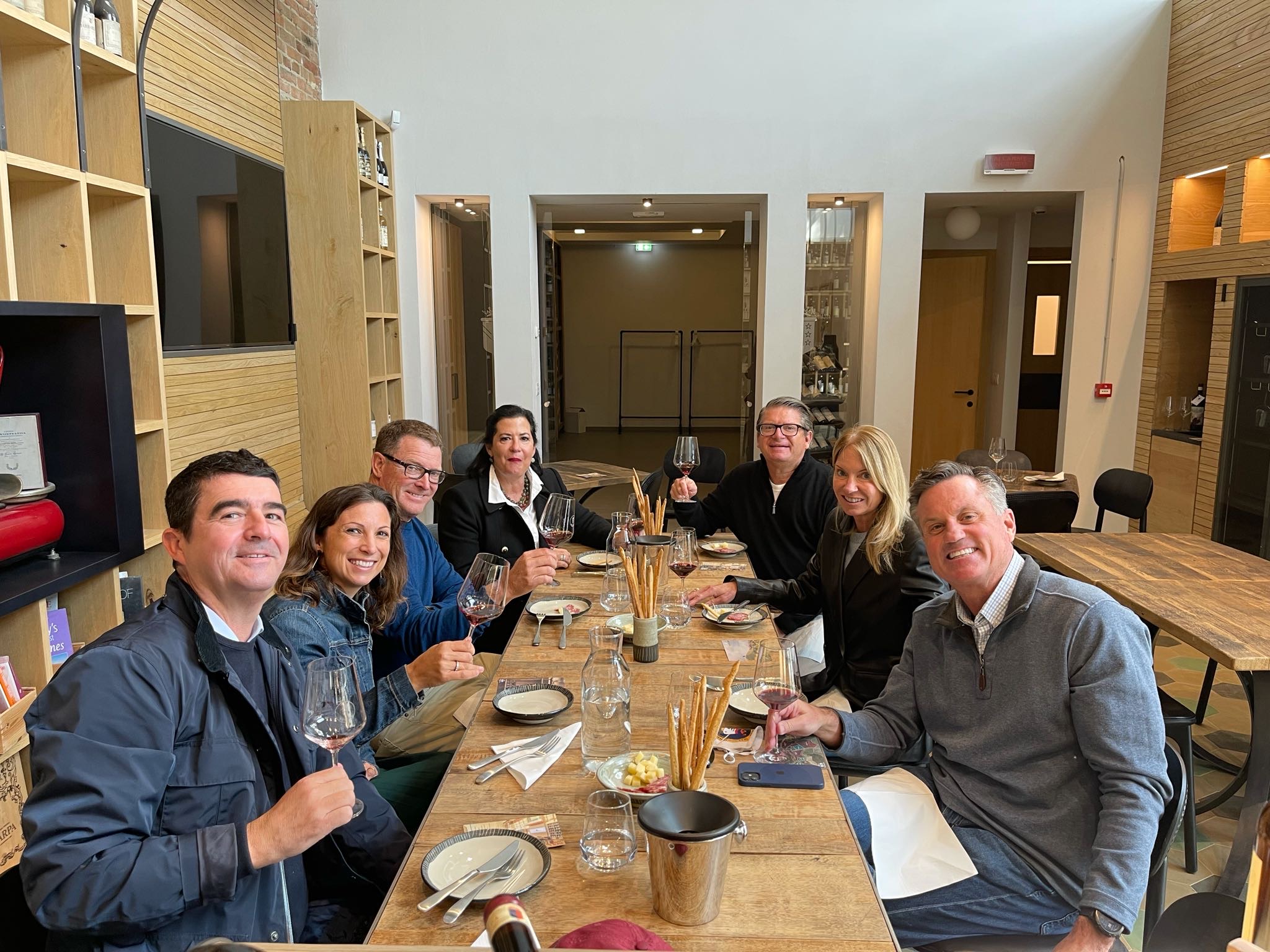 Oh my God, that virus is coming here I thought to myself with a mild dose of anxiety. I went into family therapy and although my marriage was exploding right in front of my eyes all I could think of was what I had listened to. We are now in October of 2021. Nearly twenty-two months later. Much has happened since. I am almost divorced, the paperwork is in the courts. It was and is an undesirable process. I think the best way to describe divorce is that it’s a death. Mediation of divorce ascertains that assets get split, a forensic accountant was called in to analyze my business. I can tell you that’s an extremely emotional few hours tantamount to having your whole life weighed up in dollar terms, which is pretty awful really. Divorce is about memories, self blame, and most importantly it requires time and self reflection. I don't know if there is a god, I feel if there was he or she would stop the incessant negativity at three am on a regular basis. It gets you down, you would need to be superman to avoid the pattern. iPhone algorithms don’t help as they prompt you with old photos and album ideas at random which doesn't make it any easier. 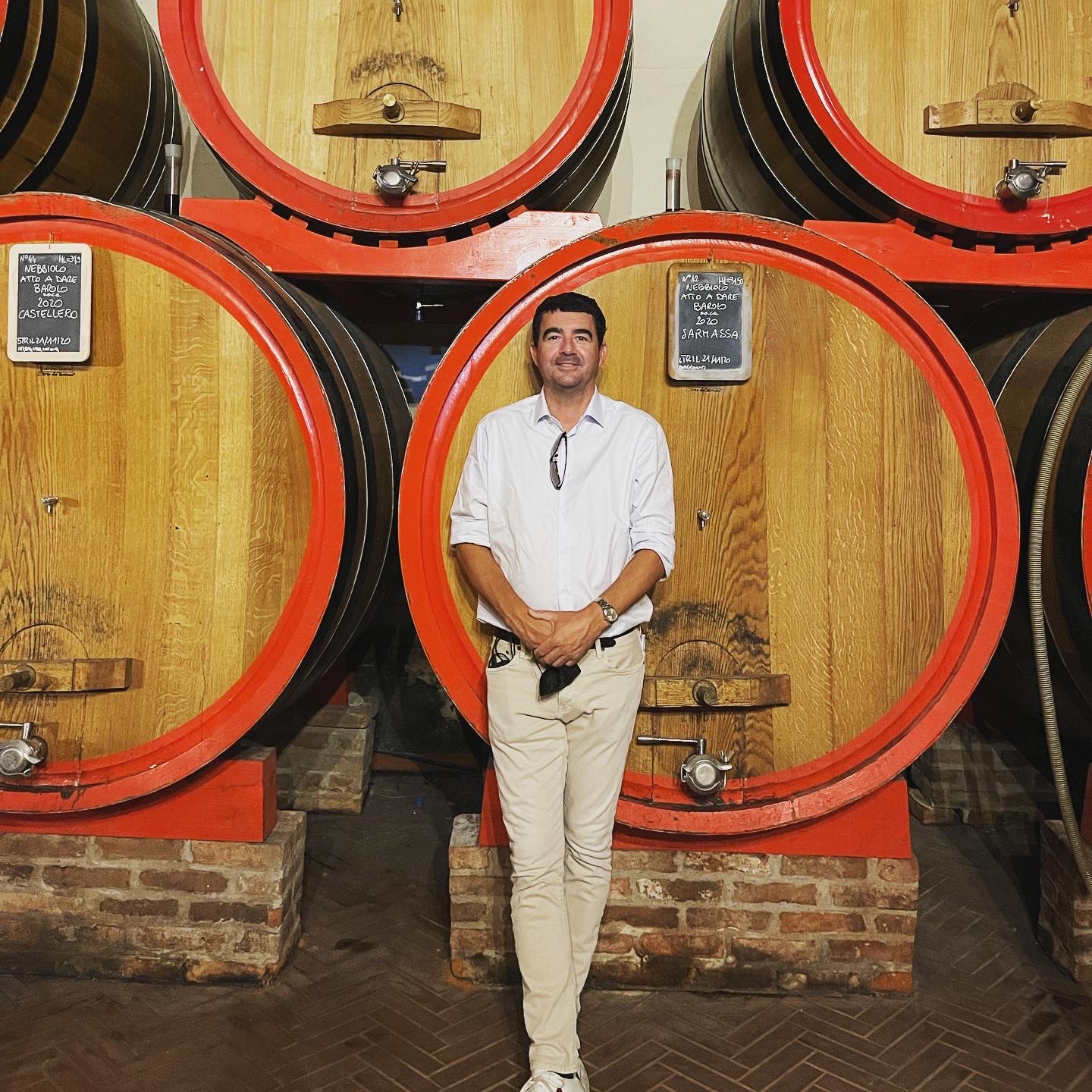 I began to realize where I would be situated financially speaking, with the kids, my friends… who would I lose, dating sites, renting an apartment and so on. Moving is stressful, but most of all I was worried about my son & daughter and of course the business. This small love affair that has consumed my life more or less over the last ten years. Where would it go? Taking clients to Europe is the nucleus of the business, I had been working on a trip with clients to Bordeaux which was booked but sadly had to be cancelled. And it would be like that for a while. Two trips in total were wrecked by the invisible foe. I didn’t panic but I was wondering how long would the scourge last ? 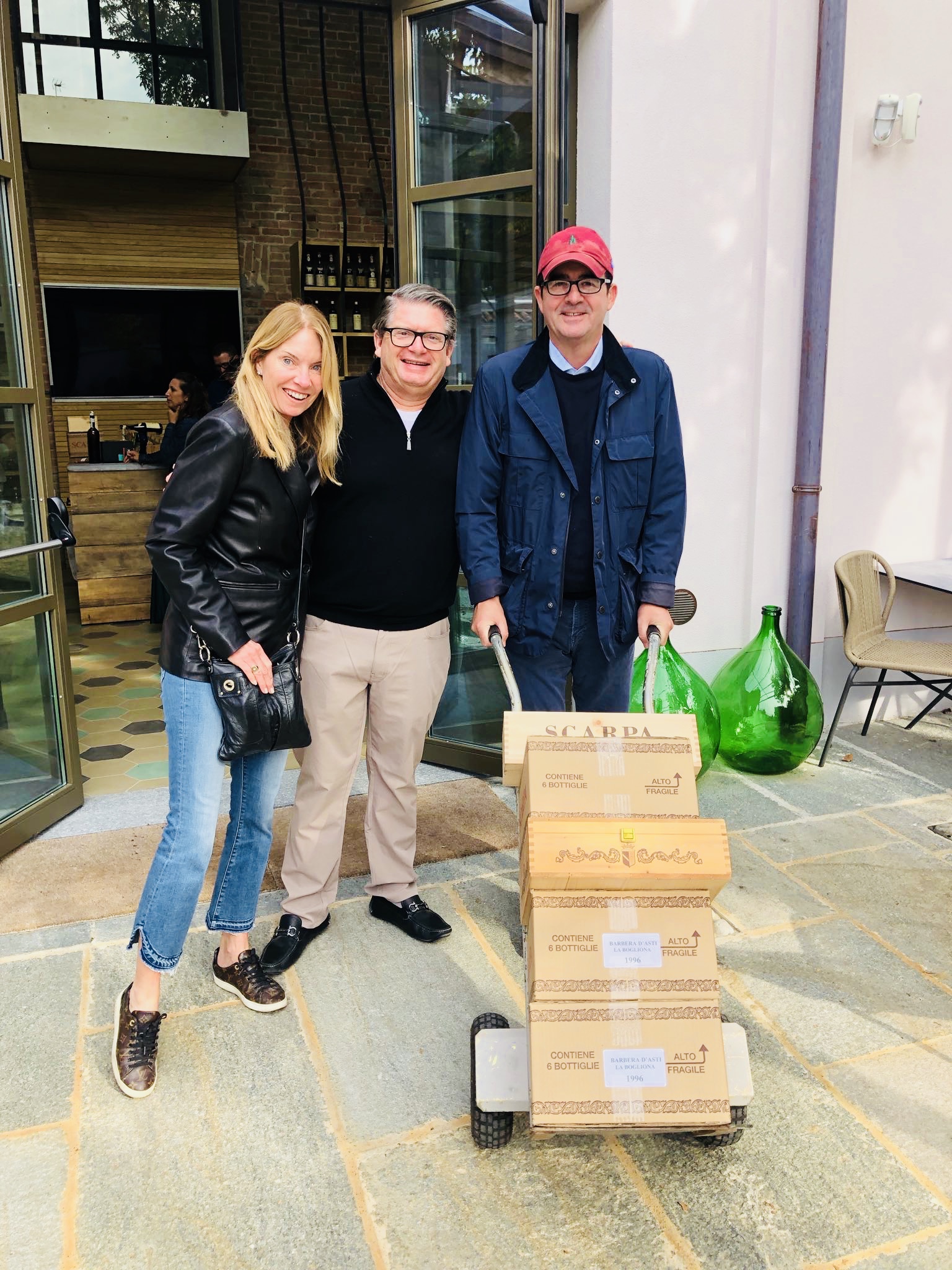 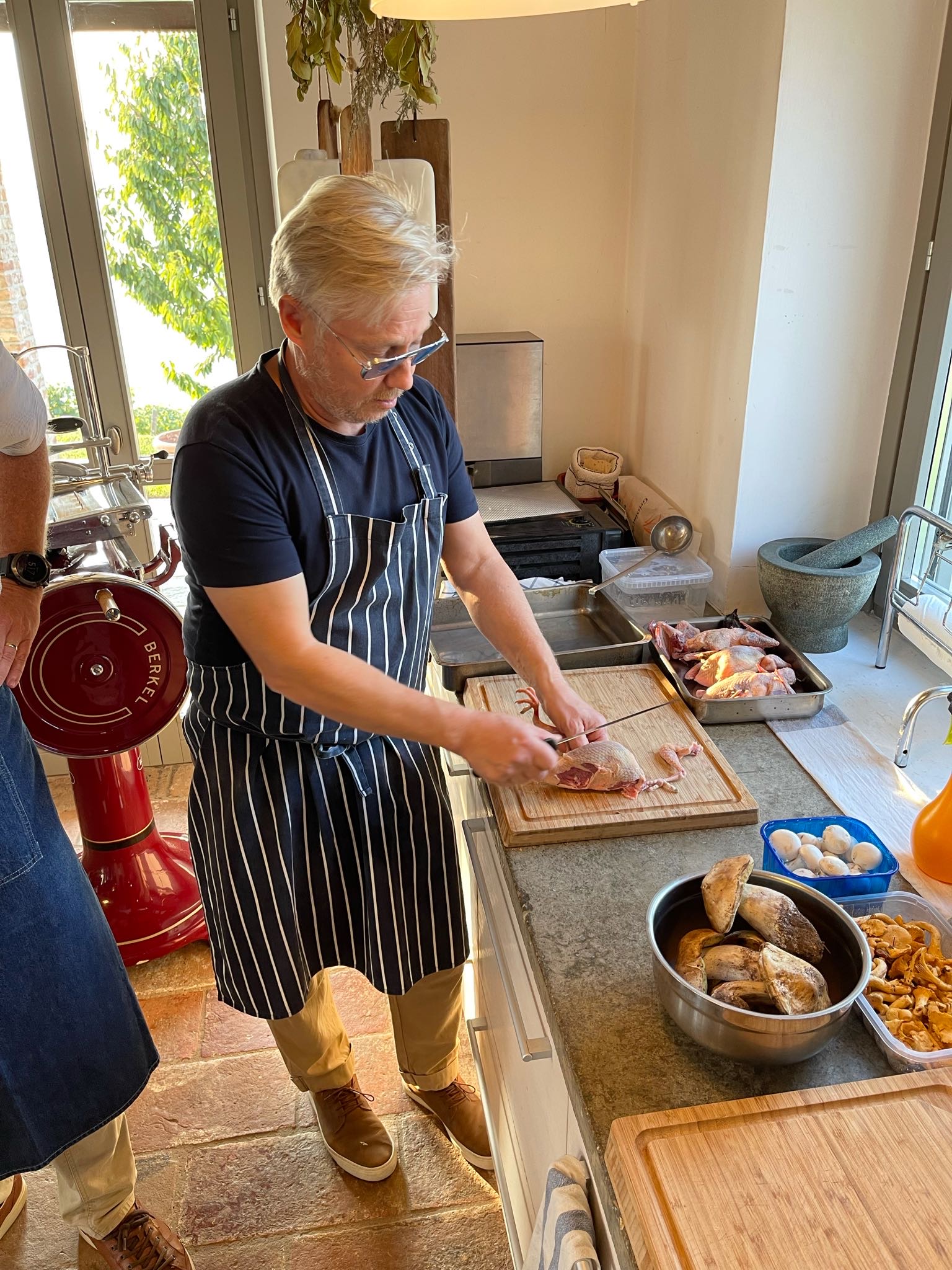 I don’t want to bore you with the life of an importer. But one or two small considerations would be the rate of the greenback versus the euro. The dollar with interest rates where they are today fell in value considerably. The policy of depreciating the dollar down to the gutter seems to be a national sport these days. I suppose it helps exporters sell their goods quicker as they are cheaper for foreigners to buy on the exchange rate. I want a strong dollar, which gives me buying power. Also the paperwork for a small business is nothing less that a pain. The system almost makes it impossible to succeed but you put your head down and carry on. 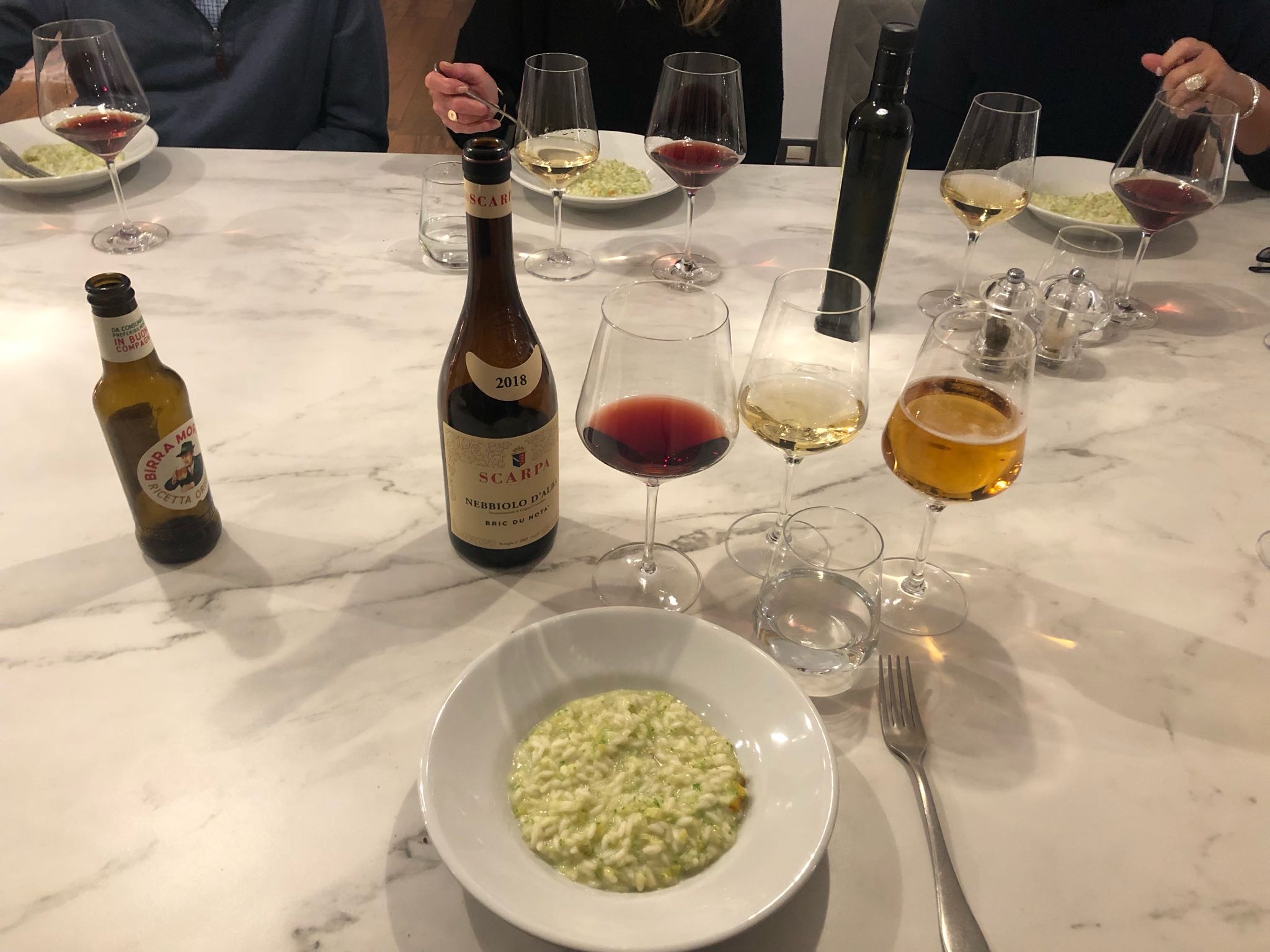 Secondly with the vast amount of chinese exporting, shipping containers got held up in China due to the virus. China was hands off. A serious import traffic log jam developed which is still ongoing today. Long Beach port is a bottleneck. I decided to proceed with my relationships in Los Angeles working with good distributors who have excellent product as dealing with the port and the developing catastrophe would have ruined my plans very quickly. Therefore I bought the goods locally. I’m not a big player, however I gained traction and momentum was building. The trips had started to define Charlemagne which is for all intents and purposes a high end epicurean company basing itself on the finer parts of living. Fast forward to today which is the Fall of 2021. I had been working on expanding the trip idea to Italy, scouting hotels, spas, dinner venues, tastings and all of the complimentary requirements such as local travel etc. In order to plan one of these trips it takes two trips to understand the lay of the land. A no nonsense serious investment. I undertook these challenges during COVID. We were all optimistic once a vaccine was announced thinking that it would end and that a rapid vaccination programme would eradicate the virus. Well you know that was a fairytale ! 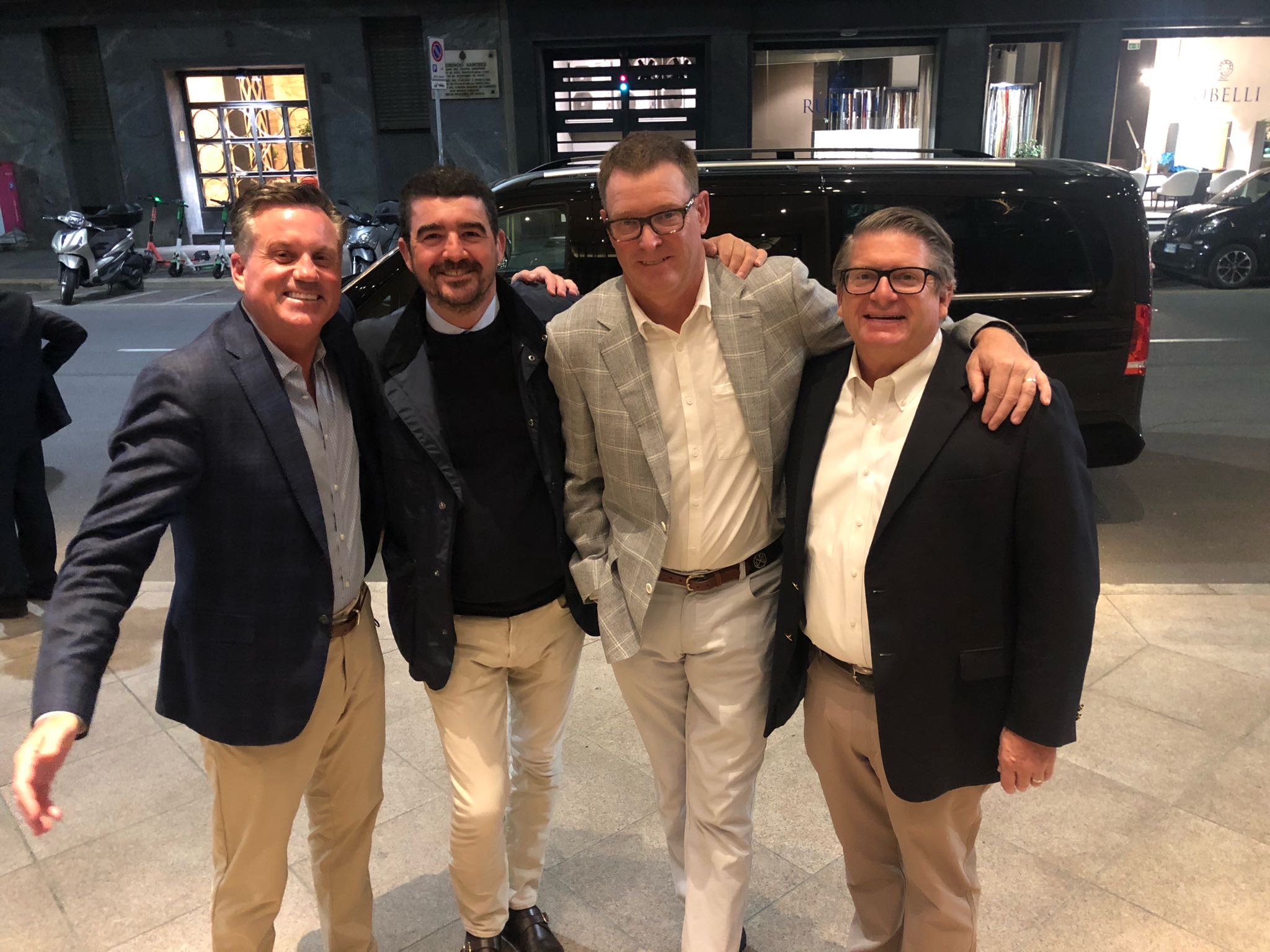 It’s October 13th today. I am here in Italy as I record this trip. Standing in the gardens of the magnificent Relais San Maurizio in Santo Stefano Belbo which is near Barbaresco. My trip to Italy this week is going ahead, however 4 of the group were deemed Covid + at the 11th hour. 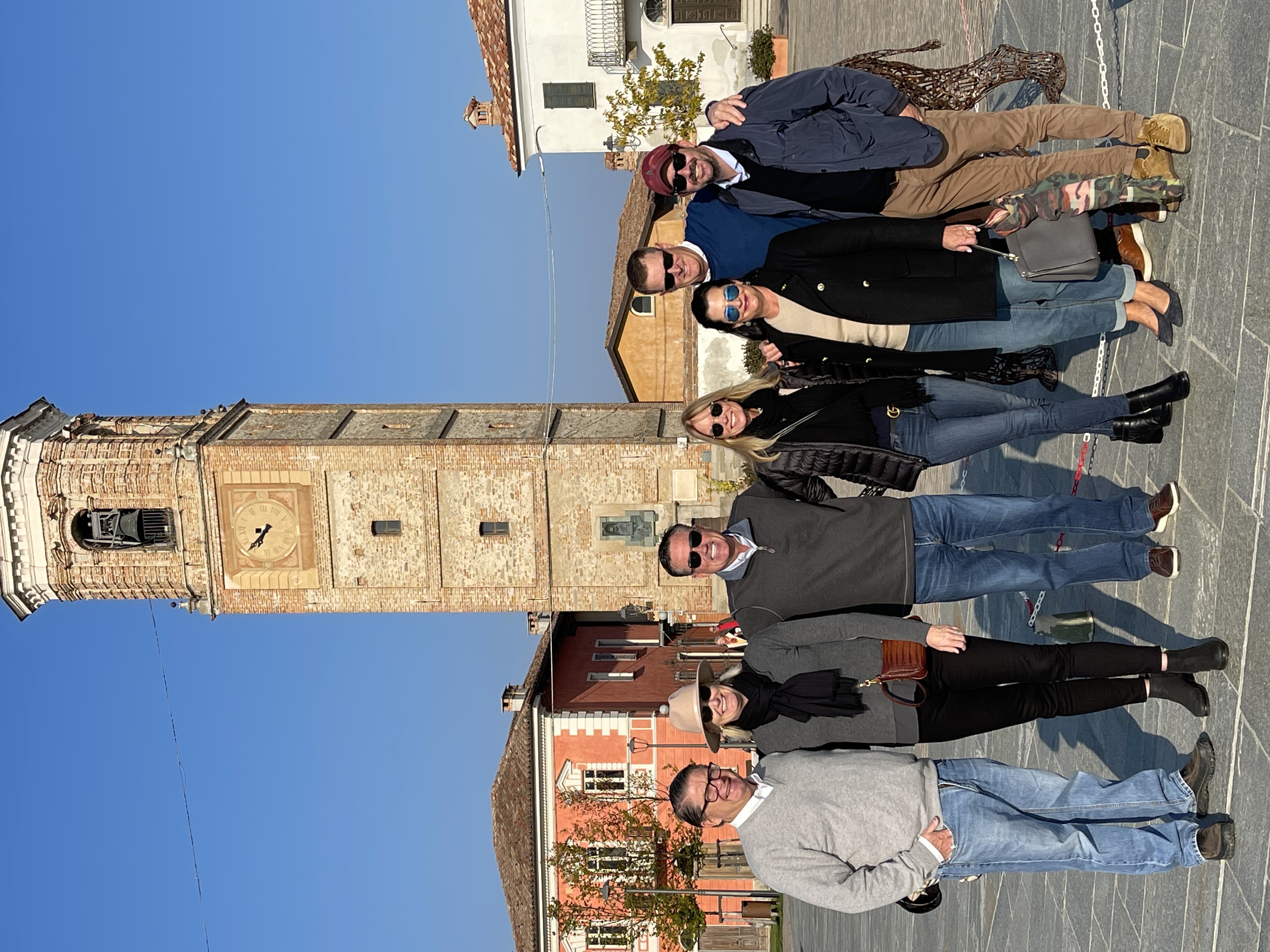 I arrived early, I am so glad I did as I had to make obvious changes. People get it. Nothing is certain anymore. A major side effect of this period is uncertainty. After checking into my hotel I woke in the middle of the night in a state of panic. After a while I managed to get my wits about me and calmed down. I am recording this as I like to write first & foremost, moreover I know there are people that suffer from anxiety just like me. It's a big risk to talk about these issues, but I really feel that I should as it would be cowardly not to. I want to shed light on this topic. It’s a hidden nuisance that is everywhere yet like covid is difficult to spot. Thanks to therapy I managed to reason with the hand I'd been dealt recognizing it for the lemon that it was. That all american phrase came into mind, "make lemonade". Give your best, that is relaxing in itself. I woke up this morning at 08,48am which was a nice sleep for me and I’m looking forward to Saturday when the trip starts in earnest.

A word on Barolo & Barbaresco.

These two towns are set in the foothills of the Italian Alps. The villages date way back. They make to my mind some of the finest wines in the world. I tend to be conservative in my wine tastes, for me it's all about Bordeaux, Burgundy, Tuscany, Rhone, some Rioja, Oregon and California. But the savoir-faire of these small Italian villages is second to none. The wines are delicate and each village in the appellation has its own intricate DNA that sets it apart from its neighbor. It has a cru like system similar to Burgundy and the wines are meant for aging. They improve with time. If ever you are interested and can put a group of 8-10 guests, I will gladly take you on one of my trips. I guarantee you will like it. The food and hospitality are also equally excellent. 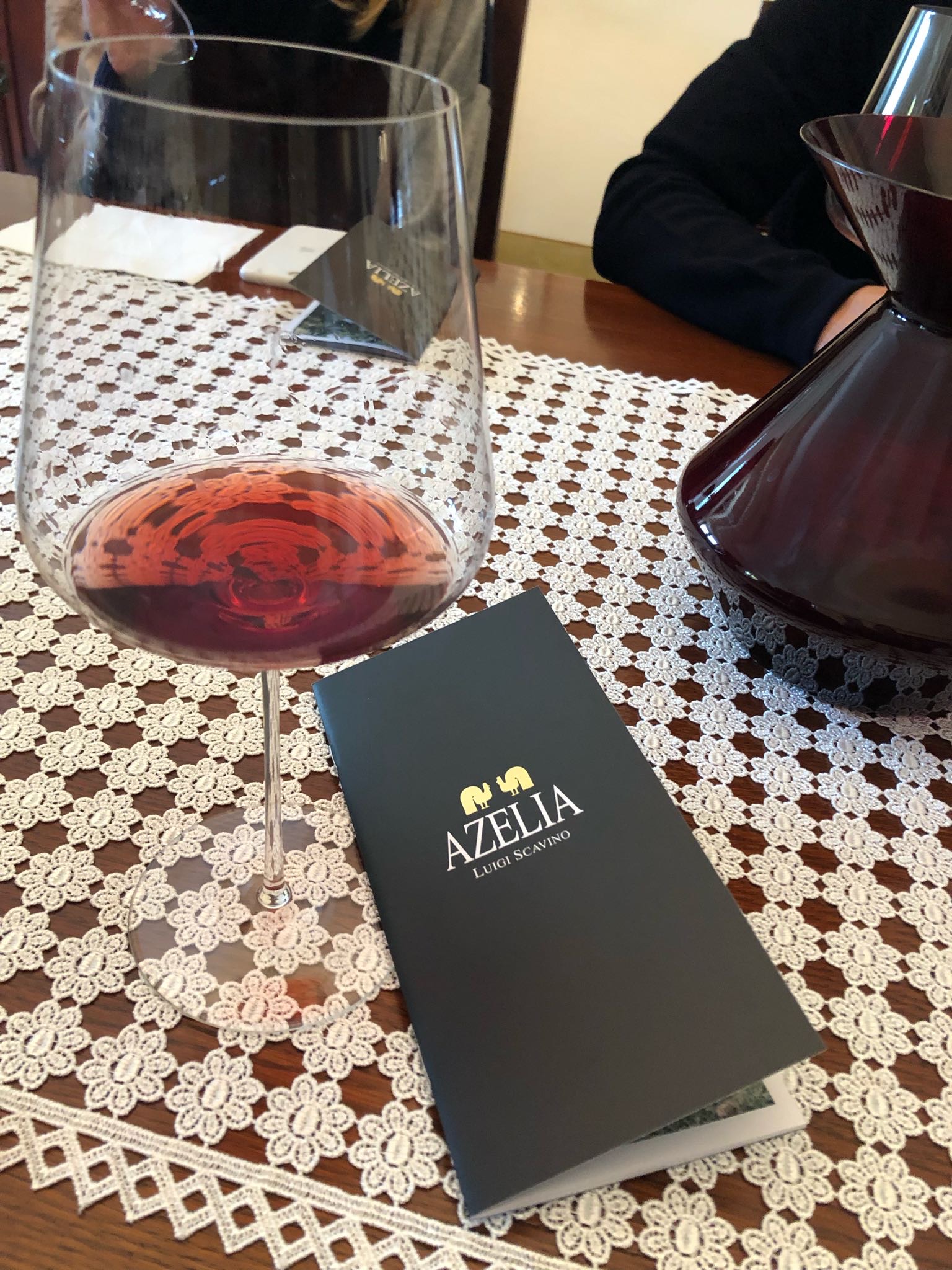 I decided to wait another few months before printing this, we are now at the beginning of February 2022. From what I can see Covid 19 is abating, hopefully we can all get back to normal now. The trip was a success and really was amazing. I would like to thank my guests for their patience and kindness. It takes a special type of person to undergo a foreign trip during a pandemic and for that I commend everyone on the excursion. Thank you.