I wanted to build a business doing something I love doing.  When I left Wall Street I was determined to follow my heart knowing that if I were happy doing what I do best which is essentially entertaining, it would naturally lead to success.  Showing the cultural side of my business coupled with various activities such as spa treatments, walks and a cooking class.  Mind you, not just any old spa treatment, but one where the seeds and skins from the fermentation of the wine are used as an exfoliation agent for your full body massage.

There are intellectually stimulating visits to top wine estates, dinners with real Bordelais personalities such as Mr. Philippe Lur Saluces, who will explain how the wine market works in Bordeaux... What's not to like?  Oh, I forgot, perhaps the sweetest guest-house I have ever had the pleasure of staying in: Chateau Le-Pape in Pessac has a soul!  I tell all of my guests before we go, and they feel it immediately upon entering the house.  When you add interesting characters & good people from your group into the blend, while sitting around the library floor fireside with a nice glass of Bordeaux on your lap, playing a few hands of Gin, it doesn't seem too shabby now, does it? 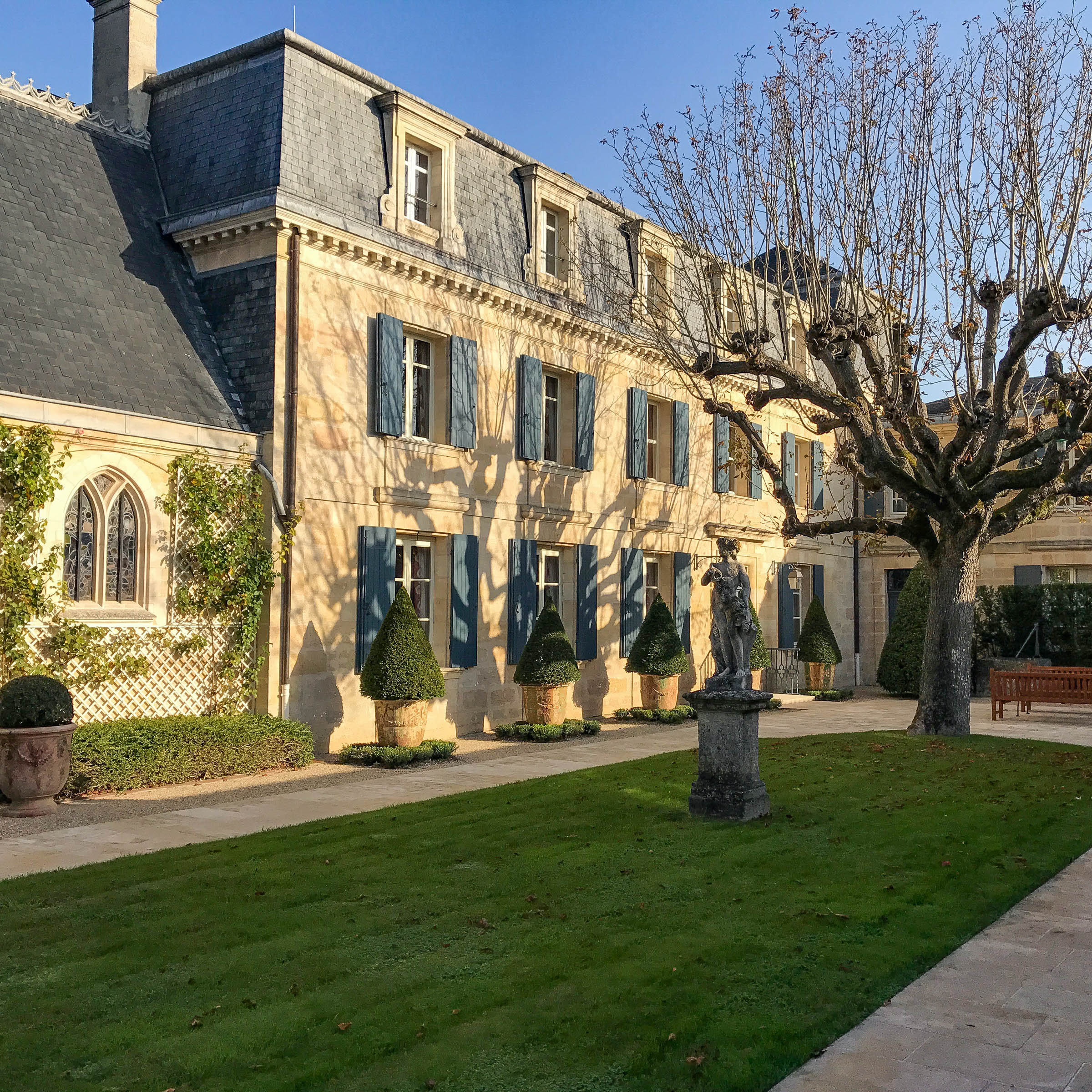 A Slice Of France 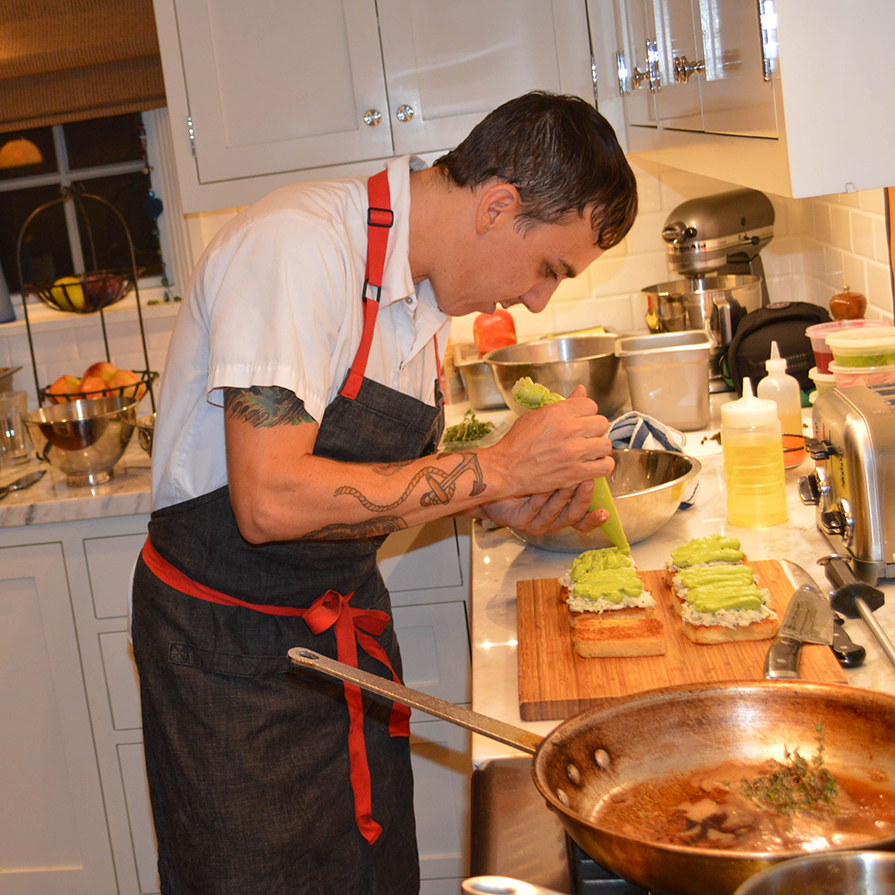 What I want to do is immerse my guests in a typical European type culture.  The French are very fussy about food.  There is a sense of national pride in their great chefs.  During our trip, we have a morning cooking class at Chateau Haut-Bailly, where we will learn how to prepare some typical Bordelais specialties.  This class is undertaken by the whole group, which is no more than twelve in total.  The perfect number for a class, as the teacher can contain the conversation and everyone emerges feeling they have accomplished something special.

Naturally enough cooking all morning leads to a healthy appetite.  At Haut-Bailly there is a private dining room where we will be treated to lunch with Jean-Charles, one of the better chefs I have had the pleasure of knowing.  We will taste some of the estate wines (Robert Parker gave the 2009 his highest score of 100 points, no mean feat), and get to know a little more of the estate, its culture, history and its standing in the world today.  I can tell you that this is a remarkable day!

The spa treatment follows in the afternoon and dinner usually out that evening, last trip was at Chateau De Fargues in the Sauternes region with our host Mr Lur Saluces, proprietors of Chateau d'Yquem.  This was the highlight of the last trip.  Each trip is bespoke and only starts to get planned when we can put a group together of no less than eight guests and no more than ten.  I take up the 6th room.  If you have five couples in mind, better still friends and family, as this trip is second to none.

There is ample time to have rest and relaxation.  There is a swimming pool at the residence, beautiful grounds perfect for taking one of the bicycles and going for a ride, or a walk.  One can read a book, take in nature and just let it all go.  You will find that the time will pass in a jiffy.  One of the best moments I find is upon arrival at the estate which is on a Sunday evening.  A meal is prepared for us in the main dining room.  If it's warm enough we can sit out on the veranda in the backyard.  There ensues deep conversation, and the ambiance is unparalleled.  The wine will flow and the fun is intrinsic.  What I love about this moment is getting to know the guests better, hearing about their busy lives and most off all watching them slip into a sense of splendid relaxation over the following four days.  Have you ever been lost in time and not worried about it one little bit? 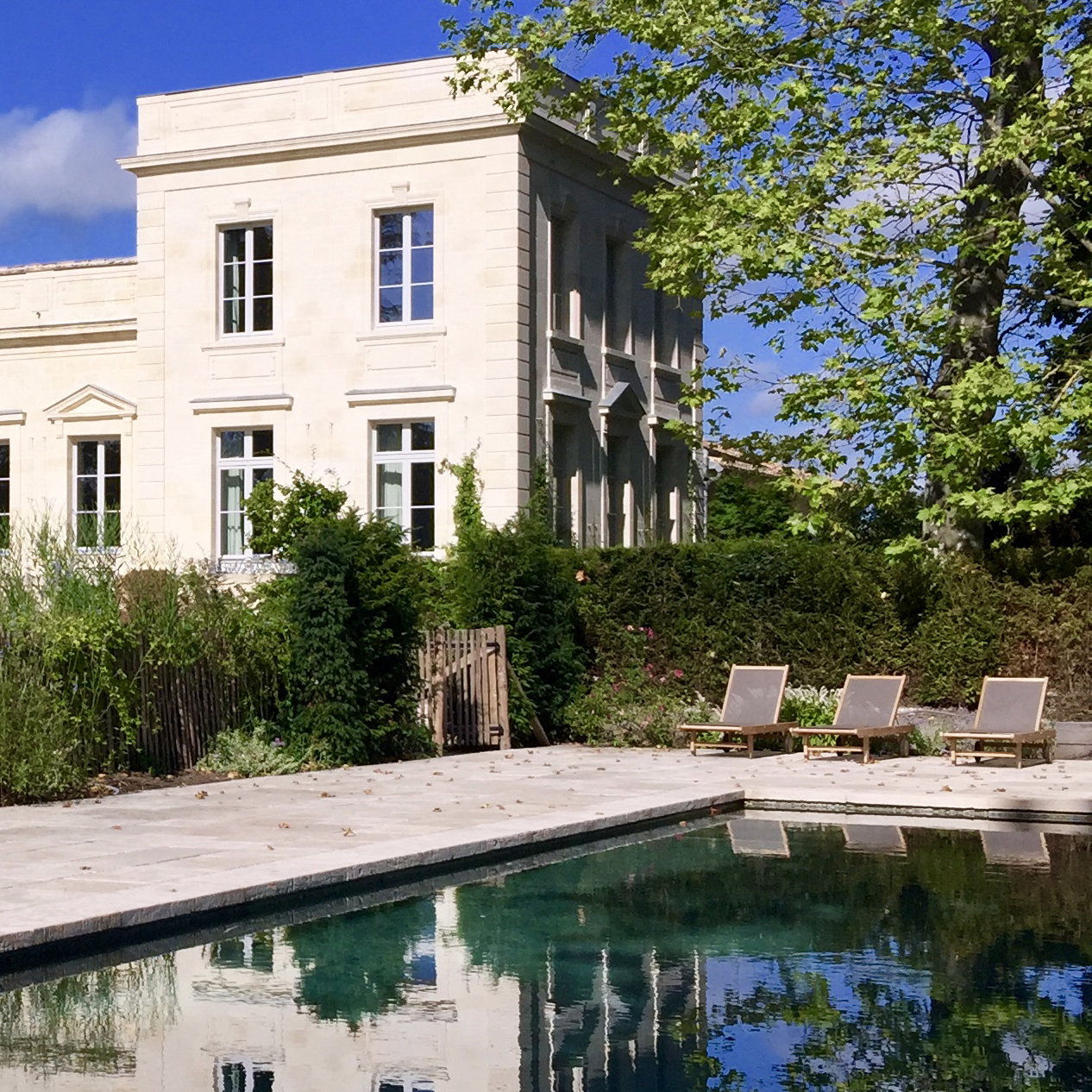 The Banks Of The River 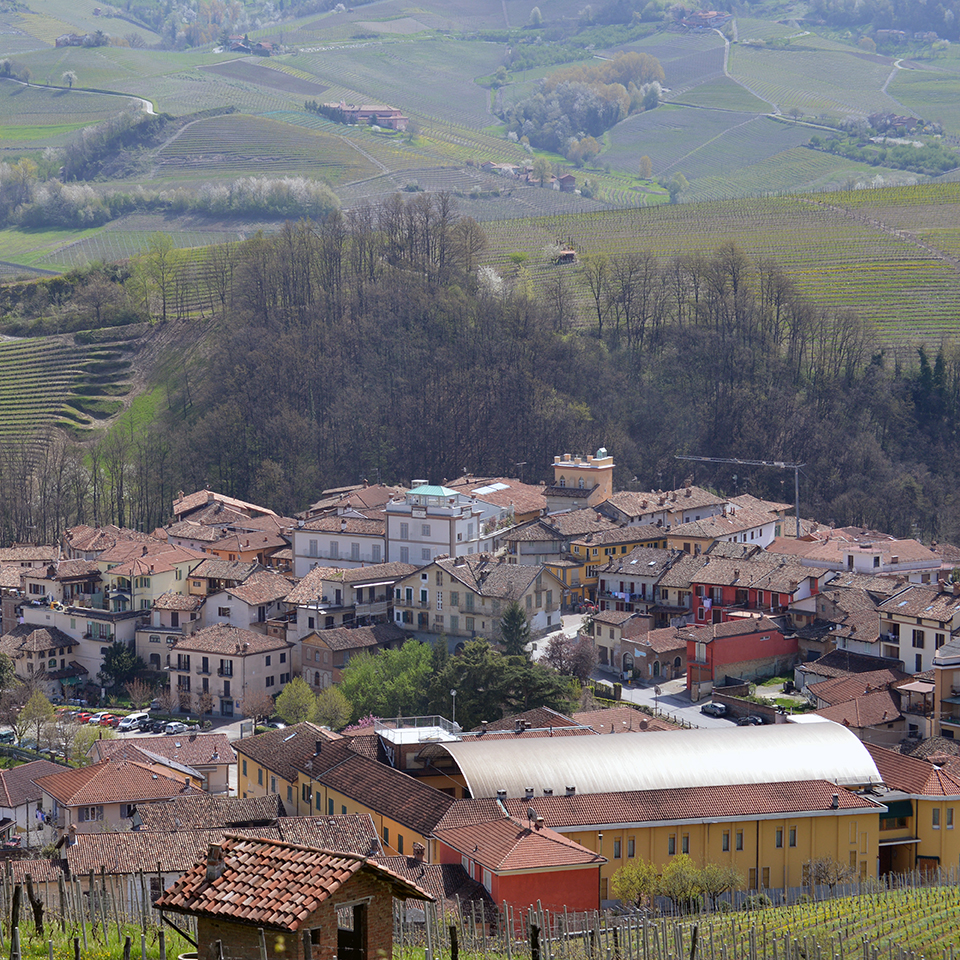 If you didn't already know, Bordeaux is divided into two main regions: the Medoc or left bank, and then the opposite side is the right bank.  How do they differ?  The first day is spent visiting estates in the Medoc, which is where all of the famous 1855 classification wines come from.  These wines are mostly Cabernet based and the wines of the right bank are mostly Merlot based.  There are differences in the soils, the micro climates, the owners and people in general.  It is fascinating to see how this place has become the most consistent wine making region in the world where seven out of ten people are employed in the wine business.  The right bank estates are mostly family owned whereas the left bank is considerably corporate investment territory.  You may have heard of some of these estates on the left bank: Lynch-Bages, Cos D'Estournel, Leoville-Las-Cazes, Lafite, Latour, Margaux... and the right bank: Carruades de Lafite, La Conseillante, Trotanoy, Le Pin, La Fleur, Vieux-Chateau Certan, Figeac.  I could go on all day, but you get the picture.

On our trip we will explore these hallowed grounds, taste the wines and learn more about their mythical reputations.  It will only whet your appetite to discover more about the greatest wines in the world.  At the end of the trip you will know how to read the labels properly, and understand the differences between Pomerol, St Emilion, Margaux & Pauillac.

This trip is really for someone who is interested in learning something about wine, food, being inquisitive about some of the finer epicurean products available.  Farm-to-table living.  Stepping out of your comfort zone, taking a TGV train in France from Paris to Bordeaux with unknown surroundings.  yes we take a train from Paris to Bordeaux and back again.  I have a very adequate private Mercedes Sprinter which will take us everywhere in Bordeaux from soup to nuts, it will all be taken care off.  Exploring the lifestyle in Paris, learning about the left bank and its cafe culture, making new acquaintances in an unfamiliar setting.  You can smell the perfume and watch the new fashions and take in the style.  It only lasts a moment.  However, the memories are forever.

You will stay in Paris on the front end over a Saturday night, before we leave for Bordeaux on the Sunday afternoon.  We will stay in Bordeaux for 4 nights, and then finally return to Paris on the Thursday where we will spend the last evening together at dinner.  Check out and departure will be the next morning which is Friday.  The cost for the tour is $6,500 a person, not including airfare.   However, once you arrive at the hotel in Paris the rest is on me.  There are lots of small details regarding your personal well being, health requirements, eating and dietary restrictions, so please make sure to give me a call at (646) 322-3658 to make sure any accomodations can be made. 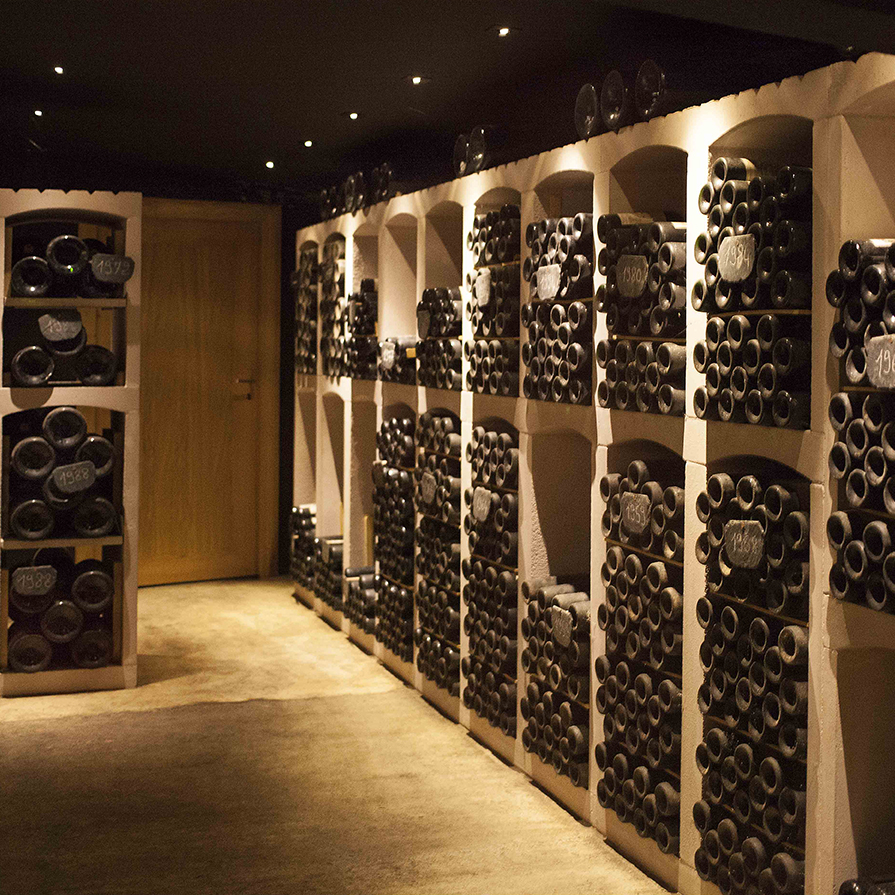